About a decade ago, I was at a bluegrass festival in Colorado, just out of college, and listening to Tim O’Brien play a festival set. Tim whipped out this great talking blues story about Doc Watson, mashed up with a performance of one of Doc Watson’s songs (not the exact performance I saw, but all the good parts are there):

Tim ended his story with a line that stuck with me ever since: “Call your heroes. They just might pick up.”

(Note: I was about half in the bag at the time, so it’s lightly remarkable I remember this all - if, indeed, he ever actually said that.)

There are two particular engineering books that I’ve learned a massive amount from: Horowitz and Hill’s The Art of Electronics, and Howard Johnson’s High Speed Digital Design. Johnson’s book in particular has had a huge impact in how I work. It’s helped me crack open problems that blocked me shipping several designs, and saved me countless hours on mistakes it taught me never to make. It helped me figure out the parts of my designs I really have to pay close attention to, and has even boiled over into interest in other areas. I started learning about DSP through link equalization. I started learning about switching regulators through Johnson’s guidelines for power rail planning and decoupling essays.

When I was just starting to dig into High Speed Digital Design a few years back, a coworker of mine mentioned that he’d taken a training course from Howard Johnson. I’d already read just enough of the book to be dangerous. It was readily apparent that the author knew a ton about designing digital electronics. I nearly tripped over myself running to a computer to sign up for a similar seminar. Unfortunately, all I learned was that Dr. Johnson had retired from teaching courses.

The odds of meeting him did not look great.

Fast forward a few years. I’d been poking around on the High Speed Digital Design webpage, trying to figure out a way to convince my boss to cough up $15,000 for a video archive of all Dr. Johnson’s lectures. Somehow, I ended up on his bio page, and found out that Howard and his family live near Twisp, WA. This was a surprise. My girlfriend and I had just spent a week in the North Cascades National Park on a camping trip - Twisp was the sign of society we saw after a week of hiking.

I’d been in the same town as him, and never even known it!

I resolved to look him up if I ever passed that way again.

Lo and behold - a year later, we were on our big sabbatical road trip, and found ourselves passing through Twisp, WA. I told my girlfriend: “I have to call this guy. When will we ever be here again?” Through a little bit of sleuthing, I was able to find his phone number, and I left a message on their machine. It was something like this - I was trying very hard not to sound like a gibbering fanboy:

About an hour later, his wife called me back. Apparently, Howard had taken a spill off a ladder earlier in the week, and was laid up at home with a torn rotator cuff and nothing to do. She very graciously invited us to come see their home, and chat with both of them.

So, we did! We spent a really great hour talking with Howard and his wife, Liz. They told us about how they met, how they both started as consultants, about the chamber music festival they run now, writing books, running small businesses, living in small towns. We told them a little about our road trip, how we met, how we missed living out West, and all sorts of chitchat like that. And an hour later, we were on the road again.

Yeah, I’ll grant that we just made smalltalk. But I got to meet a really influential teacher face to face, and learned that he’s not so different from me. In fact, he and his wife were pretty normal people. And very friendly people at that.

The moral of the story: call your heroes. They just might pick up! 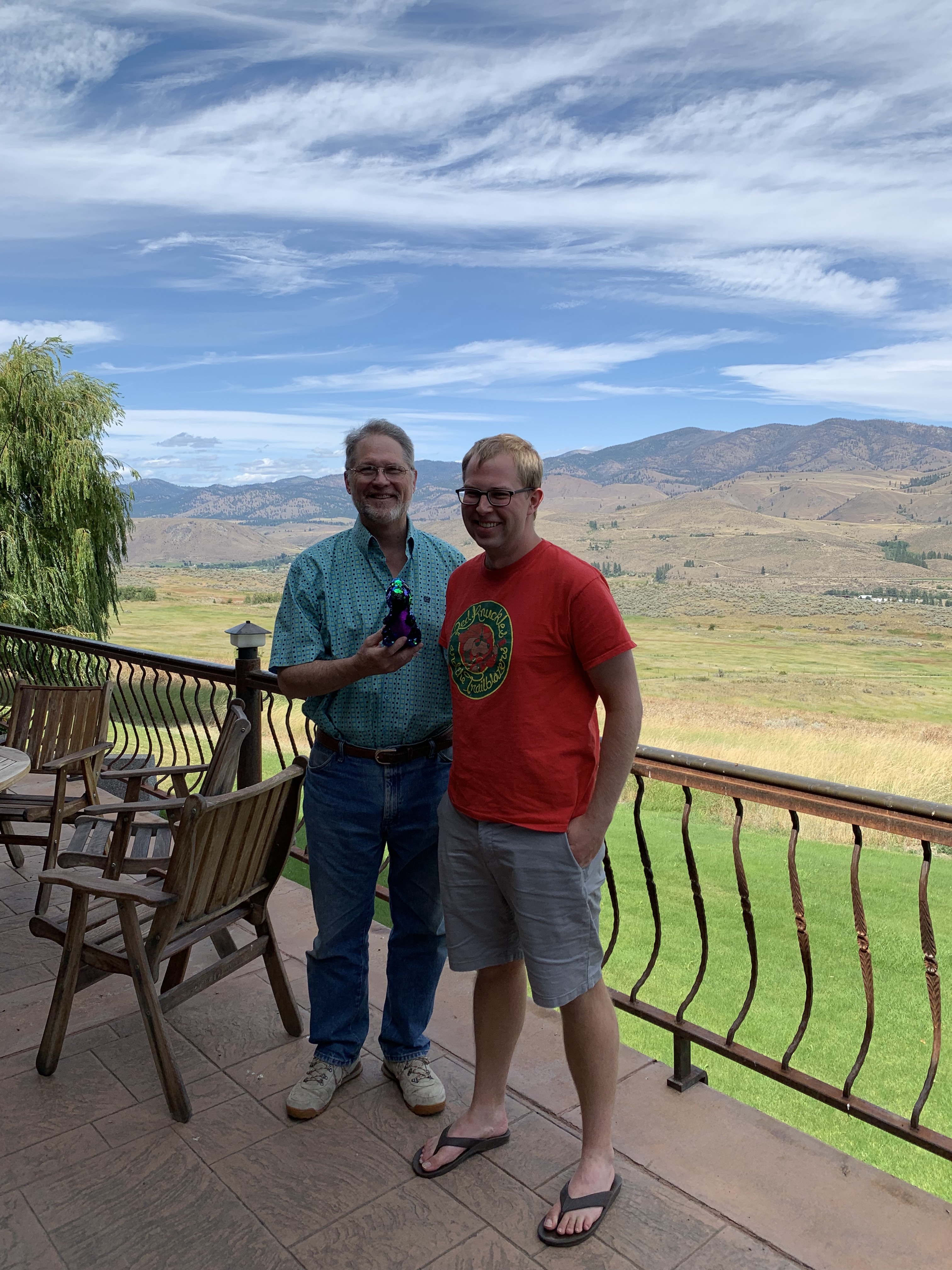